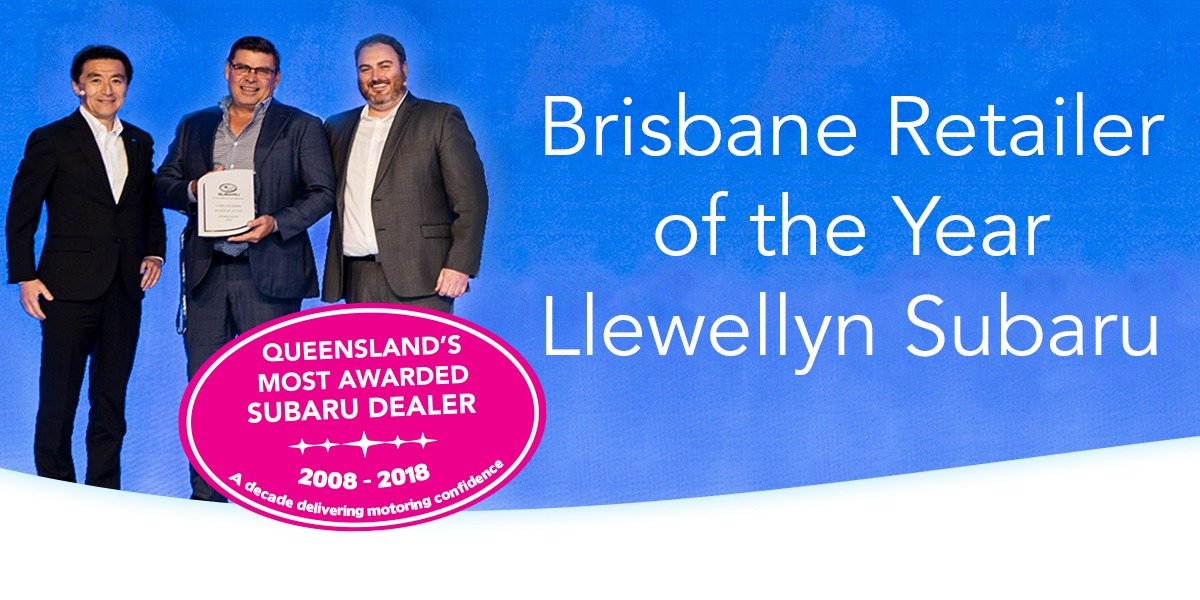 Subaru Australia has recognized outstanding and high-achieving members of its dealer network with the Retailer of the Year awards.

For the second year, awards were presented to those dealerships which implemented exceptional initiatives that brought to life the Subaru “do” philosophy and the core values of Imagination, Spirit and Quality.

Wade Llewellyn and the team at Llewellyn Subaru Ipswich made use of the footprint of their dealership to install the largest solar collection and battery storage capture system in their city. Showcasing the core ideals behind the Imagination award of sustainability, efficiency and cost, they are a highly visible contributor of power to the city and are a leader in sustainability in their community.

Additionally, Llewellyn Subaru earned the prestigious title of Brisbane Retailer of the Year for 2018, retaining a decade long claim to being Queensland’s most awarded Subaru dealer (2008 – 2018)

Mr Llewellyn, Dealer Principal said: “Our decade long success we attribute to the longevity of the sales and service teams, their passion for the Subaru Brand and dedication to delivering exceptional service to our customers”

The Regional Retailers of the Year are the top-shelf performers in Subaru’s dealer network and do it well every day of the year.

Mr. Christie said: “With retailers like this in our network, the benchmark has been firmly set.”