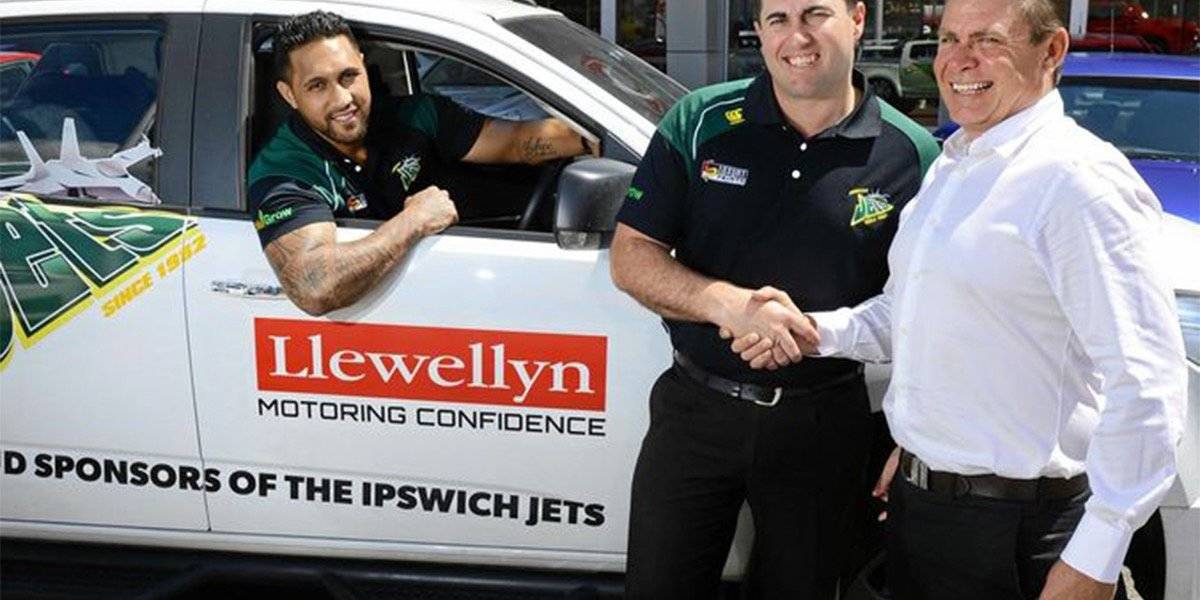 After three years as the Luxury Paints Ipswich Jets, the Intrust Super Cup premiers of 2015 have revealed that Llewellyn Motors will take over as the club's major sponsor.

Signing a two-year naming rights contract with the highly popular rugby league club, Wade Llewellyn said he was delighted by the new partnership.

"I've watched the Jets throughout the years and it's exciting to have our name next to theirs.”

Wade's father Ross established Llewellyn Motors in his home town of Ipswich after 30 years working as a car salesman.

A family centred business, Wade now acts as principle dealer and has carried on his father's commitment to the community through a number of sponsorships.

"It's something we try and keep a hand in,” Mr Llewellyn said.

"I'm born and bred here in Ipswich so we do try to support and give back to the community where we can.”

Providing support for three different sports, Mr Llewellyn said it was a reflection of different interests both at home and in Ipswich.

Footy and cricket are the perfect fit for Wade, but the family also has a close association with hockey through Ross, who represented Queensland many years ago.

Fellow cricket enthusiast and Ipswich Jets CEO Jason Cubit said the club was equally proud to have the Ipswich dealership on board.

"Obviously Llewellyn are a long-standing Ipswich business that align with our values as well,” Mr Cubit said.

"They are very community minded and so are we at the Jets.”

While welcoming Llewellyn onto the player's jerseys for the next two seasons, Cubit also thanked outgoing major sponsors, Luxury Paints. Eager to see the Jets return to the winners circle, Llewellyn said the club's recent history of exposure was a big draw-card in the new deal.

"This (partnership) gives us state-wide coverage and hopefully the Jets will go through to play in the next grand final and give us nation-wide coverage. That's what we are hoping for,” he said.