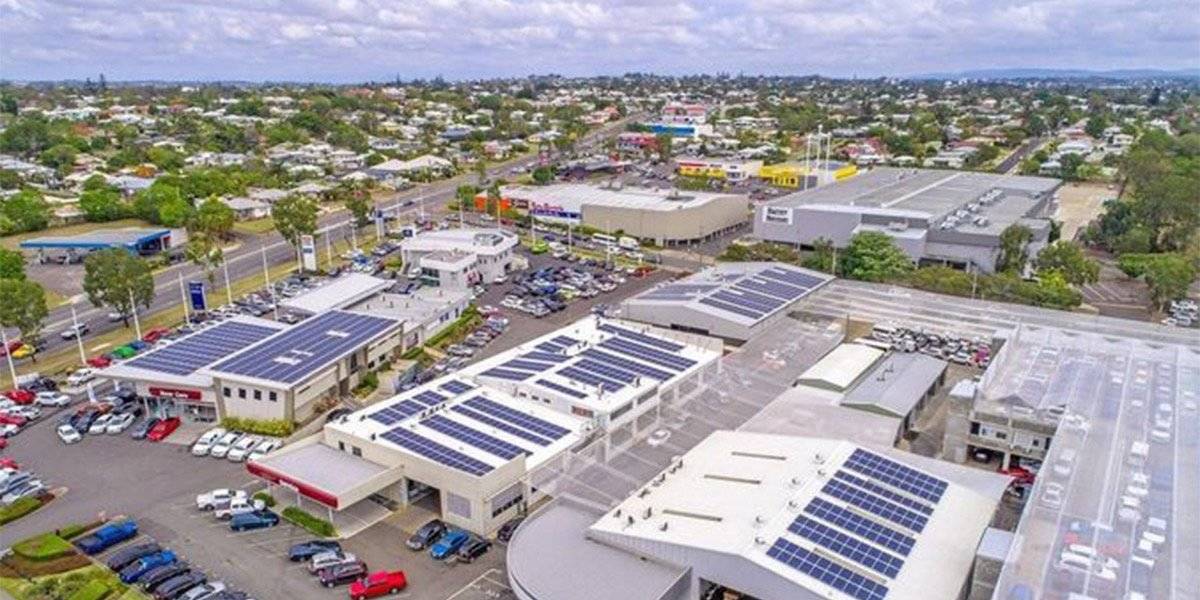 IT TAKES a bird's eye view to get a complete grasp of the magnitude of the solar power system that is now taking care of half of a major Ipswich business' electricity demand.

The Ipswich car dealer teamed up with Planet Ark Power to put the 1232-panel, 332-kilowatt system together.

Llewellyn's general manager James Sturgess said while there were still some negotiations to be finalised with Energex and the State Government regarding the feeding of power back into the grid, the system had already saved the business about $7000 in power costs since it was switched on in October.

"Basically this takes care of half our energy needs," Mr Sturgess said.

"The model we've put together is for this system to be cash flow positive from day one. We've been able to achieve 90% of our target straight away, and that's taking into account a few rainy days."

Planet Ark Power executive director Richard Romanowski, said the key to the Llewellyn Motors' system was the way it used new technology to feed power into the grid.

Up to now, most large commercial systems have been prevented from selling excess power into the grid due to concerns over it causing damage.

Planet Ark Power has developed dSTATCOM technology, which monitors the power requirements of the grid and scales the site's output to match.

In addition, the smart battery incorporated into the system is able to determine the optimal time to sell energy into the grid, creating income for Llewellyn Motors while reducing demand on the grid at the same time.

"This system is going to save them thousands of dollars a month," Mr Romanowski said.

"The key is in the way the smart battery reduces the customer's demand charges; it's a battery plus software."

The solar power system is expected to reduce the dealership's carbon footprint by 8400 tonnes and save more than $2 million in electricity costs over the next 20 years.